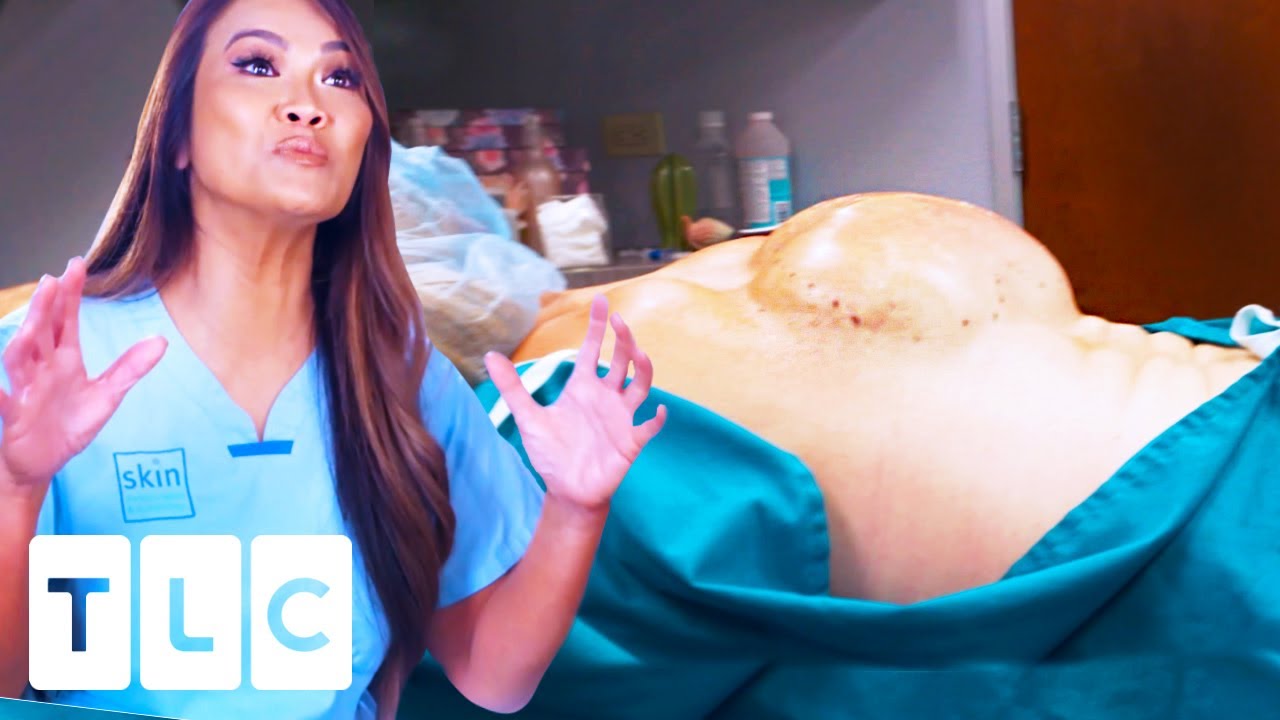 Video capture the moment of the dermatologist remove 8-year-old giant pimple on the back of the man in Tien Giang Province, Viet NamAccording to a dermatologist, Ms. Thao said that the man came to his clinic and said his back ached from a giant blister.After the examination, the dermatologist suddenly discovered a giant pimple located on the man’s back. The pimple was quite large in size and it is inserting into the skin below the back causing pain for the man.The man said it was just a small pimple 8 years ago and he didn’t notice. He did not think that pimple could develop and caused him pain.The dermatologist performed the surgery and removed the giant acne from the man’s back.The video was filmed with the patient’s permission.Video captured on January 21, in Tien Giang, Viet Nam.