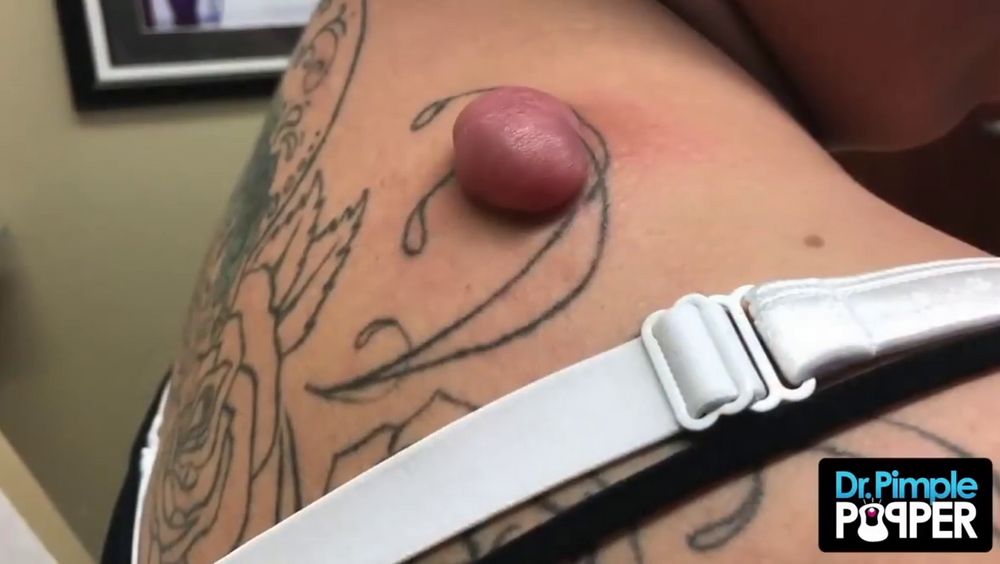 Dr. Pimple Popper uses a vast array of tools while tackling some of the biggest cysts and growths in the world — but, this time she is actually using a kitchen utensil as part of the process!

In the latest video, post on Instagram, Dr. Sandra Lee is excited to break out a SPOON — which she says was given to her by a popaholic, and it actually uses it to scoop out the insides of this massive cyst. Ya, we are not kidding!

“When this patient first came in, they presented with a very large and raised bump on their back. When I touched the area I could feel something hard underneath the skin. I did a small punch biopsy initially to see if anything came out and got a bit of what appeared to be calcium deposits (do you have a diagnosis yet?). At a second appointment, I had them come back and excised the whole area,” she captioned the video.
After slicing open the top of the cyst, Dr. Lee uses an actual spoon to begin digging out the contents! It is brutal!

It’s unclear if this is a normal tool used by the doctor, but it’s the first time we are seeing it — and we have seen a TON!

“The diagnosis… PILOMATRICOMA! There’s calcium and bone build-up under these which makes them hard/firm under the skin. You’ll usually see “shadow cells” when looking at this benign growths under the microscope,” she continued — ignoring the fact she just used a spoon in surgery!